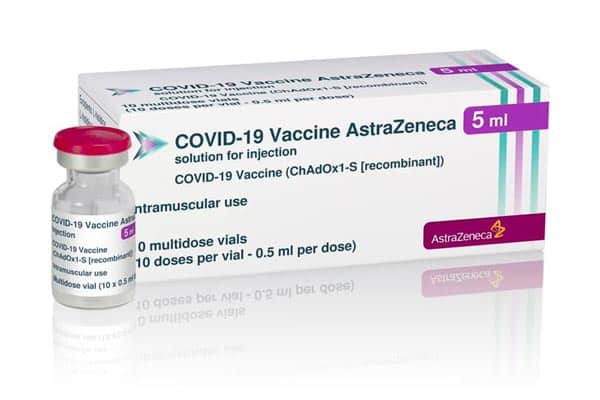 Following a recent concern raised around thrombotic events, AstraZeneca would like to offer its reassurance on the safety of its COVID-19 vaccine based on clear scientific evidence. Safety is of paramount importance and the Company is continually monitoring the safety of its vaccine.

A careful review of all available safety data of more than 17 million people vaccinated in the European Union (EU) and UK with COVID-19 Vaccine AstraZeneca has shown no evidence of an increased risk of pulmonary embolism, deep vein thrombosis (DVT) or thrombocytopenia, in any defined age group, gender, batch or in any particular country.

So far across the EU and UK, there have been 15 events of DVT and 22 events of pulmonary embolism reported among those given the vaccine, based on the number of cases the Company has received as of 8 March.

This is much lower than would be expected to occur naturally in a general population of this size and is similar across other licensed COVID-19 vaccines. The monthly safety report will be made public on the European Medicines Agency website in the following week, in line with exceptional transparency measures for COVID-19.

Furthermore, in clinical trials, even though the number of thrombotic events was small, these were lower in the vaccinated group. There has also been no evidence of increased bleeding in over 60,000 participants enrolled.

Ann Taylor, Chief Medical Officer, said: “Around 17 million people in the EU and UK have now received our vaccine, and the number of cases of blood clots reported in this group is lower than the hundreds of cases that would be expected among the general population.

The nature of the pandemic has led to increased attention in individual cases and we are going beyond the standard practices for safety monitoring of licensed medicines in reporting vaccine events, to ensure public safety.”

In terms of quality, there are also no confirmed issues related to any batch of our vaccine used across Europe, or the rest of the world. Additional testing has, and is, being conducted by ourselves and independently by European health authorities and none of these re-tests have shown cause for concern.

During the production of the vaccine more than 60 quality tests are conducted by AstraZeneca, its partners and by more than 20 independent testing laboratories. All tests need to meet stringent criteria for quality control and this data is submitted to regulators within each country or region for independent review before any batch can be released to countries.

The safety of the public will always come first. The Company is keeping this issue under close review but available evidence does not confirm that the vaccine is the cause. To overcome the pandemic, it is important that people get vaccinated when invited to do so.

COVID-19 Vaccine AstraZeneca was co-invented by the University of Oxford and its spin-out company, Vaccitech. It uses a replication-deficient chimpanzee viral vector based on a weakened version of a common cold virus (adenovirus) that causes infections in chimpanzees and contains the genetic material of the SARS-CoV-2 virus spike protein. After vaccination, the surface spike protein is produced, priming the immune system to attack the SARS-CoV-2 virus if it later infects the body.

The vaccine has been granted a conditional marketing authorisation or emergency use in more than 70 countries across six continents, and with the recent Emergency Use Listing granted by the World Health Organization accelerates the pathway to access in up to 142 countries through the COVAX Facility.